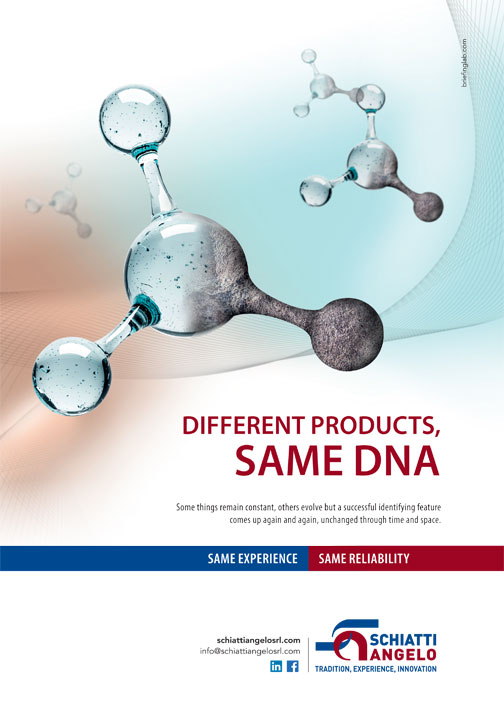 Some things remain the same, others evolve, but the winning hallmarks are re-proposed  unchanged through places and eras.
Nature is sovereign and a great teacher, especially in modern times, in which the Circular Economy asks us to take our place with attention and responsibly in a virtuous cycle of production and life.
And it is precisely by looking at Nature that we can identify a winning model, that is also a business model: constancy and evolution.
Living beings have always evolved while keeping constant the elements and characteristics  that have proven to be successful and develop new ones to respond promptly to new needs or, simply, become better.
That’s right, because evolution is not just a change, but something that makes us grow. It modifies or adds a functional part that we will need to do more and better.
The evolution that SCHIATTI faces and tells you this year, is something profound, radical and important. It doesn’t just have to do with technology, even if that's its subject.
It has to do with its structure, its DNA.
But you will recognize us, because improving doesn't mean losing who we are, just making it more evident.
So, expect to find in us the same experience, the same reliability, and even something more.

With this episode the advertising campaign reaches the third of the four subjects of which it is composed.
From the formula behind the material, theoretical and elusive, to the raw and shapeless material itself, up to the zoom on its composition.
We are closely studying a change that has already begun and is so radical that it changes the very structure of its molecules.
The generic formula that we saw at the beginning of the advertising campaign has changed, characterizing itself.
And maybe someone will already be able to figure out in which direction ...

25 seconds to tell you something important

We are ready for Glass South America 2022